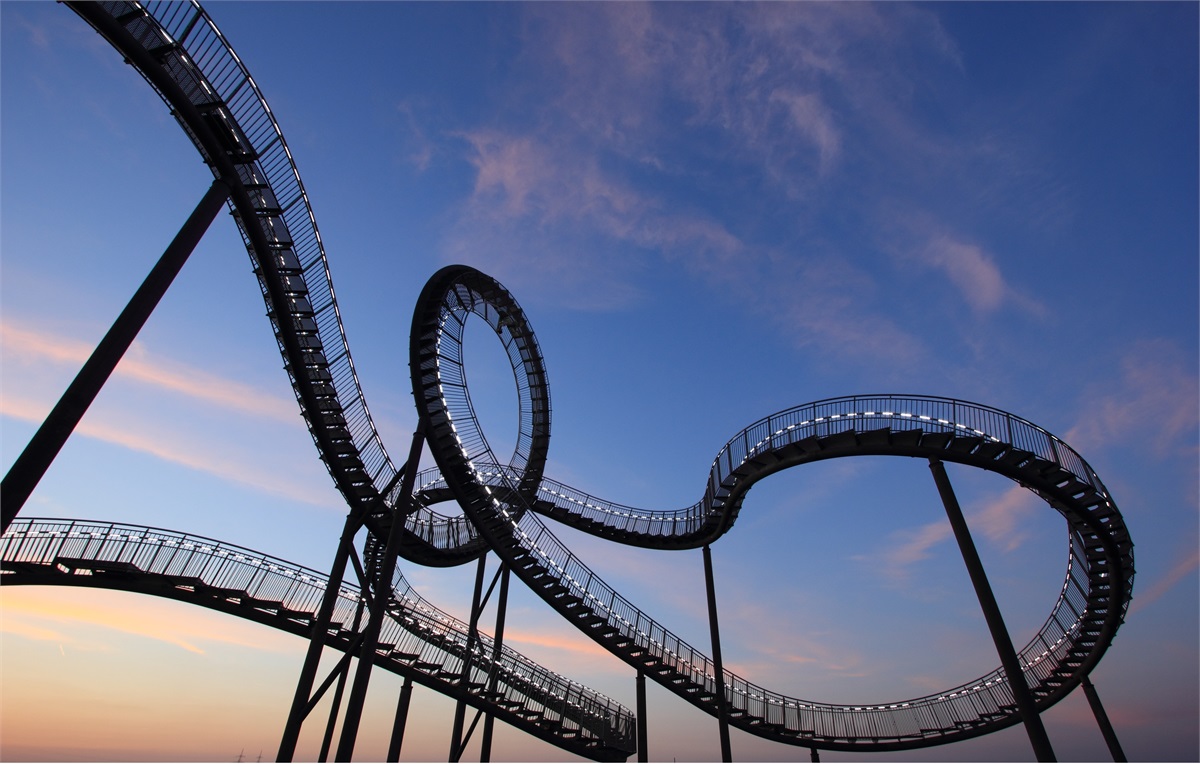 Welcome to the Spin Cycle and The Elephant on the Ceiling

Recently we mentioned that one of the best possible outcomes would be for interest rates to rise a bit, for rates to “normalize”, while companies continue to make money.  This would suggest an economy that can stand on its own, allowing the government to start to reduce the incredible amounts of stimulus that have been let loose on our financial system.  The Markets would likely go through a “spin cycle” with rates rising and valuations resetting but, that it should be short-lived.

Well, here we are!  Welcome to the Spin Cycle.  Up until the last couple of weeks, this letter would have started out exactly the way the last one did – with more records and new highs reached almost daily.  Volatility began to pick up in mid September as interest rates broke out of their prior range and traded over 1.55% in the past few days.

The move upward in interest rates could be attributed to a number of things, not least of which is Federal Reserve expectations.  As discussed many times in the past, interest rates drive almost everything in our economy these days, including the value that the stock market assigns to individual companies.  So – as interest rates adjust, so will the value assigned to companies by the Markets.

It bears repeating: as long as those companies continue to make money, the spin cycle will wring out some of the excess and leave us with cleaner laundry, so to speak:  Market valuations that are, hopefully, less influenced by Fed policy and more reliably related to earnings and a company’s ability to grow those earnings.

Earnings season – when all of the big companies report their quarterly results – starts in just a couple of weeks.  While most everyone expects a slowdown in the acceleration of the growth rates, no one seems to be expecting negative rates of growth year over year.  The Spin Cycle is likely to be with us for at least the next few weeks.

There is one major elephant in the room that we would like to acknowledge.  Well, there’s an elephant on the Ceiling. It’s the Debt Ceiling.  If you remain blissfully unaware of the news onslaught regarding the Debt Ceiling, we might like to come spend some time wherever you are!

All kidding aside, the Debt Ceiling was a control put in place with the intent of not allowing the U.S. government to constantly outspend what’s in the account.  Unfortunately, that’s not really how it has ended up working.

According to Dr. David Kelly of JP Morgan, the Debt Ceiling has been suspended or raised fifty seven times since it was invoked in 1950.  At this point, a violation of the Debt Ceiling will not only halt payments to government employees and shut down services as we have seen in the recent past, but it could also create a default on our debt – an inability to make interest payments on debt that has long been outstanding already.

The United States Dollar has been the reserve currency of the world, with the “full faith and credit of the US government” carrying more weight than any other sovereign nation.  Our debt and our dollar are considered inviolable in capital markets around the world.  A default caused by an inability to make an interest payment would change that in a heartbeat.

There is no  fiscal discipline instilled by defaulting on our debt.  It would be a bipartisan catastrophe.  Usually the pundits we have learned to listen to (versus the pundits we have learned to ignore) are clear that Congress will get its Act together (no pun intended) and raise the Debt Ceiling.  We are not hearing that with the same degree of certainty this time around but it remains unfathomable that any elected official could be that irresponsible with what amounts to our Nation’s credit score.  (Well, does it?)  What usually happens is that the hardliners are made to understand the consequences and everyone begrudgingly comes together for the sake of the Nation.

We remain focused on earnings and demand as well as the Debt Ceiling debate.  We continue to see an economy that winds its way through a swift rocket-ship ride of recovery.  While the fuel may be petering out a bit – the best outcome is that we can maintain a good orbit.

This material is intended for general public use. By providing this content, Park Avenue Securities LLC is not undertaking to provide investment advice or a recommendation for any specific individual or situation, or to otherwise act in a fiduciary capacity. Please contact a financial representative for guidance and information that is specific to your individual situation